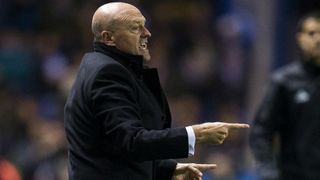 A 2-1 defeat at home to Girona on Monday left the Galician side two points above La Liga's relegation zone, with only two wins from their first nine games.

Youth coach Cristobal Parralo has been placed in charge until the end of 2017-18.

"The board of directors have decided to rescind the contract of Pepe Mel as first-team coach," a club statement confirmed.

"The club want to sincerely thank the Madrid-born coach and his coaching staff for the dedication, effort and professionalism they have shown during the time they have been in charge of the first-team squad.

"Cristobal Parralo, coach of Deportivo Fabril, will be placed in charge of the team until the end of the season."

Mel had previously been at Real Betis, where he was sacked in January 2016 after a poor run of form.

The 54-year-old has coached numerous clubs in Spain and was also in charge at West Brom for the second half of the 2013-14 season.