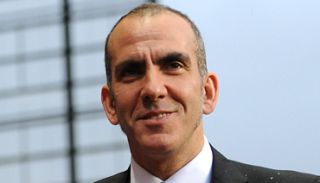 The Italian told reporters he had ordered his squad, who have already secured their Premier League survival, to return to the north-east for a couple of days after the match and only then would he decide whether to release them.

"If anybody has booked a holiday for Monday, they are going to lose some money. Why would they book a holiday on Monday? They are not being serious, they have to ask me," newspapers quoted him as saying on Thursday.

"I will see what happens on Sunday, then we will come back together, and I will tell them when their holidays start," added the mercurial manager.

"I told them we can win, draw or lose with dignity, respecting the club's name and the fans who follow them. But if not, I will reduce their holiday."

Di Canio, a controversial appointment when he arrived at Sunderland in March, said he wanted to change the mentality of players at the club and had already fined a number of them for failing to sign shirts for charity auctions.

"It happened many times before, but now they are fined because you have to start from somewhere or we're never going to change," he declared.

"It is small things, but many small things become a big problem. We have to respect the rules or we are never going to change."