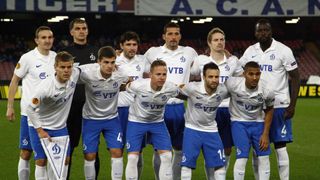 Dinamo Moscow have been banned from playing in next season's Europa League after falling foul of UEFA's Financial Fair Play rules.

The Russian club were referred to the adjudicatory chamber of UEFA's Club Financial Control Body in April for breaking its break-even requirement.

Dinamo, who finished fourth in Russia's top flight, were set to compete in the Europa League this season, but UEFA excluded them from competing in Europe's secondary competition on Friday.

"I can't say that the UEFA decision came as a big surprise for us," Dinamo president Boris Rotenberg told the club's official website.

"We're sure that, under the terms of a necessary cut to the wage bill, Dynamo will still be able to fight for top places. I don't doubt that next summer we'll be back competing in Europe."

Earlier this week, Bursaspor were also banned from the Europa League for breaking FFP rules.