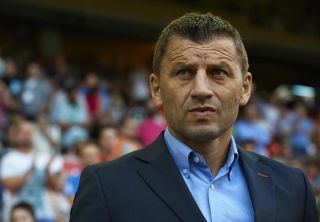 Wednesday's 2-1 defeat at home to bottom side Almeria prompted sections of the Mestalla crowd to showcase their frustration at a poor start to the season by jeering, booing and waving white handkerchiefs.

Second-half goals from Marco Torsiglieri and Aleix Vidal changed the complexion of the game after Jonas' opener and left Djukic to bemoan another setback, but he has insisted he will everything he can to turnaround the club's flagging fortunes.

"There is sadness after losing a match like that," said Djukic, who took charge in June.

"It hurts us. Currently the team is very weak.

"We've had opportunities, but psychologically we look like a sinking team.

"When you come to a new team there is always the possibility that you could do things wrong. But I am a professional and I will try to put things right."

Next up for Valencia is a trip to Getafe on Sunday.