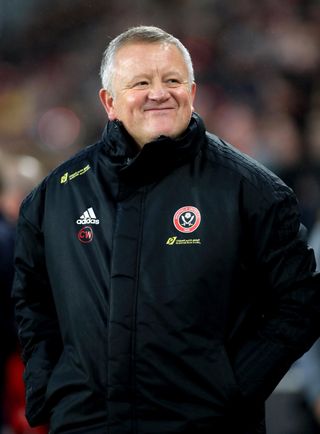 Sheffield United encountered a slightly different challenge as they were preparing to face Premier League leaders Liverpool when a dog interrupted their training session on Thursday.

Chris Wilder’s side have been the surprise package this season with the promoted team sitting in eighth place ahead of their Anfield showdown on Thursday evening, where victory can lift them up to fifth.

The Blades travelled to Liverpool in preparation for Jurgen Klopp’s world champions and held their final training session at Stanley Park on Thursday morning, as Wilder attempted to ensure his side had plenty of bite at Anfield.

However, the players were stopped in their tracks as a dog, which was being walked on the public park, urinated on one of the cones set out for the training session before running back to its owner – to the amusement of one of the coaching staff.

The Blades posted a video of the incident on Twitter, with the caption: “Just trying to do an activation session in peace.”

Liverpool can restore their 13-point lead at the top of the Premier League if they secure their 19th win from 20 league matches.