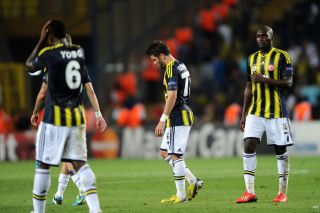 The Turkish club - suspended from European competition by UEFA on match-fixing offences - were knocked out of the UEFA Champions League by Arsenal in the play-off round on Tuesday after appealing to the Court of Arbitration for Sport (CAS) in an attempt to have their two-year ban overturned.

However, Fernerbahce's plea fell on deaf ears, with the CAS upholding the decision to expel Ersun Yanal's men from the Europa League as well as next year's Champions League.

Fernerbahce's omission leaves a free space in the group stage that will be filled by one of the losers from the final play-off round.

The second legs of the Europa League play-off round are to take place on Thursday, with the group stage draw set to be held at 12:45 CET in Monaco on Friday.

The draw to determine Fenerbahce's replacement will also be held in the principality and is scheduled to commence at 09:00 CET.