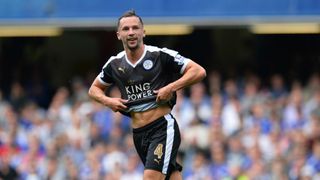 Danny Drinkwater's confidence in Leicester City's Premier League title defence has been boosted by the performances of the club's new players as their pre-season got underway in Austria.

Leicester had added five players to their squad as they look to defend their unlikely Premier League triumph from last season.

Ron-Robert Zieler, Luis Hernandez, Nampalys Mendy, Raul Uche and Ahmed Musa have all joined the squad and Drinkwater has been impressed by the new boys.

"They're looking good; nice and sharp. As a bunch of lads we make sure that every player who comes in here feels welcome and I'm sure they'll agree that it’s a pretty easy squad to fit into," Drinkwater told Foxes Player HD.

"So hopefully they all fit together and start to impress.

"I'm not too sure how people will approach us [next season], we’ll have to see. I think we've gained a lot more respect from other teams and that showed towards the end of last season, definitely."

Not that training has been a lot of fun, with a gruelling pre-season programme in place.

"It's tough," added Drinkwater. "The club have been coming here for quite a few years now so we know what's expected of us. It was good to get among the lads again and start working.

"I think credit to the sports science staff because they get us in good shape quite fast but credit to the boys too – we all tend to do our own stuff and make sure we come back in good condition.

"Obviously the boys went off to celebrate at the end of the season – I think everyone did. So now it's just about getting your fitness back and making sure you’re ready for the season.

"They make sure they keep in touch and put together a pre-season programme and it's up to you to follow it.

"I've enjoyed myself [over the summer], I'm not going to lie, but I'm here to work hard now and let's see what this season brings."