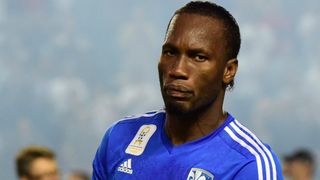 Former Chelsea striker Didier Drogba dismissed reports he is set to retire and return to Stamford Bridge as a coach.

Drogba, who spent 2015 at MLS club Montreal Impact, was reportedly ready to call it quits and work under interim manager Guus Hiddink at Chelsea.

But the 37-year-old said he was still in talks with the Impact about a potential return to Montreal.

"Lovely to receive these messages but I have not yet announced my retirement & am still in discussion with @impactmontreal about my future," Drogba tweeted.

Drogba was at Stamford Bridge with Hiddink and owner Roman Abramovich during Chelsea's 3-1 win over Sunderland in December.

The Dutchman confirmed last month he was interested in having Drogba involved at Chelsea, while the Impact are keen for him to return.