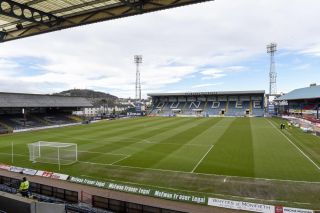 Jim McIntyre has been sacked as Dundee manager following the club’s review of their relegation from the Ladbrokes Premiership.

The club confirmed McIntyre and assistant Jimmy Boyle had “left the club with immediate effect” eight days after the club’s Premiership fate was sealed.

Managing director John Nelms returned to Scotland this weekend after meeting with Texas-based majority shareholder Tim Keyes to review the club’s season, and the outcome has ended McIntyre’s short reign.

The former Dunfermline and Ross County boss arrived in October last year but only secured a fourth win in 31 matches when Dundee won at Livingston on Saturday.

McIntyre declared he was planning for next season in the Championship when asked about talks with Nelms immediately after the match.

He said: “I’ll speak to him on Monday. My expectation is it will be to discuss the way forward regarding budgets and how we’re going to go about bouncing straight back up.

“I’m fully focused on the job of trying to get us back up there next year. If they make a decision (to sack me) there’s nothing I can do to affect that – I’ve got to concentrate on doing my job.”

The former Dundee United striker appeared to have lost the support of the fans after a 10-match losing streak confirmed their relegation.

Supporters chanted “10 in a row, he’s got to go” towards the end of their 1-0 home defeat by Hamilton on May 4, which equalled a 120-year-old club record for their longest losing streak.

The 46-year-old succeeded Neil McCann in October after the club started the season with seven defeats from eight matches and lost 3-0 at home to Ayr in the Betfred Cup.

McIntyre signed 11 players in January while 14 left and Dundee went through February unbeaten before going on their run of losses.