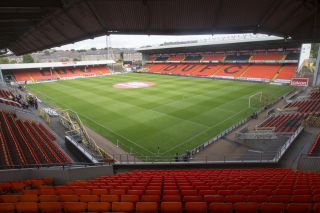 Scottish Championship leaders Dundee United have furloughed a “large number of employees” across all club departments amid the coronavirus crisis.

Scottish football is suspended until further notice as the country scrambles, like the rest of the world, to get a grip on the Covid-19 pandemic.

The path forward is unclear and United are down to a “skeleton staff” in a bid to save costs, having decided to utilise the Government’s Job Retention Scheme.

United managing director Mal Brannigan said: “The club has decided to utilise the Government’s Job Retention Scheme and place a large number of employees across all club departments on furlough leave.

“Dundee United, in some aspects, is not unlike any other business that is either utilising this scheme currently or is in the throes of implementing it, especially as it protects the employee’s role at the club during this period.

“I believe that this is the best option for Dundee United and it would be remiss of me to not make effective use of it, given the importance of protecting the long-term sustainability of the club.

“The scheme is a huge source of business relief, essentially on our cash flow, given that wages and salaries are our largest monthly outlay and an invaluable short-term lifeline to the club while we await the return of football and our usual match-day income streams.”

Dundee United are 14 points clear of nearest rivals Inverness, but it is unclear when – or indeed if – play can resume.

“No one is clear yet on what will happen with the rest of the season and how it will conclude,” Brannigan said.

“But I can assure you all that promotion back to the Premiership was our aim at the start of it and that will not change, however it is achieved: there has been too much invested into this season by the club and the fans to not see this ambition realised.

“It is a tough predicament that the SPFL and SFA Boards find themselves in at the moment, especially as there are no precedents to rely on.

“In my view, the direction coming from FIFA and UEFA will influence the majority of the leagues throughout Europe, including our own, as they try to rearrange their footballing calendars and the participants for their next competitions.”