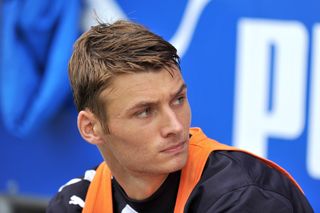 The 26-year-old and the Sky Bet League One outfit mutually agreed to cancel the centre-back’s contract so he can make the move.

He follows in the footsteps of Manchester City loanee Luke Bolton in moving north of the border to become the club’s third signing of the summer.

“As soon as I spoke to the gaffer and to (sporting director) Tony Asghar I knew I wanted to come up to the Scottish Premiership and I’m finally glad to part of Dundee United’s rebuild in the Premiership,” Edwards told the Dundee United’s official website.

“I don’t like to say I’m this or that, the fans will hopefully make that call themselves. I like everything and as footballer’s we need to do all sides of the game.”

Manager Micky Mellon added: “I’m delighted to finally get Ryan in the door. We need a strong squad and I believe we need that type of player that Ryan is. He will come in and add to what we already have so pleased to have him on board.”