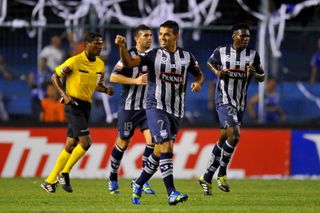 A goal in the opening minute from Fernando Gimenez put Emelec in control immediately, with Marcos Mondaini and Luis Escalada putting them 3-0 up with six minutes to play.

John Garcia pulled a goal back for the visitors in the 88th minute, but it was merely a consolation as the leaders made it three league games unbeaten.

After taking an early lead against El Nacional, Independiente soon found themselves behind as Edwin Hurtado and Carlos Tenorio struck for the visitors.

With 10 minutes to play, Independiente, who had Luis Leon sent off, were level before Marvin Pita's strike two minutes later sent them to defeat.

Universidad Catolica moved into third and a point behind Independiente after their 3-1 win over 10-man LDU Quito, with Armando Wila netting twice.

The bottom two, Deportivo Cuenca and Mushuc Runa, both fell to their ninth defeats of the Primera A season as they start to become cut adrift.

Cuenca were beaten 1-0 at home by Barcelona, while Carlos Garces earned Deportivo Quito a 1-0 win over Mushuc Runa.

Meanwhile, Olmedo battled out a goalless draw against Manta in the remaining game of round 14. .