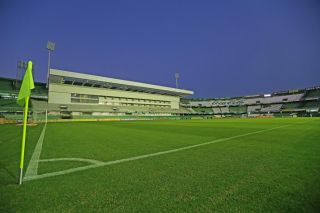 Five of the top eight clubs in the Primera A standings did not play on Sunday, which allowed Mushuc Runa to jump out to a three-point overall lead with their second victory of the second phase of the 2014 season.

The Ambato-based club finished 10th of 12 clubs in the first phase of the season but continued their strong start to the new campaign with a second consecutive victory, coming from behind to defeat Olmedo.

Javier Chila gave Olmedo the lead in the fifth minute at the Estadio Olimpico de Riobamba but Mushuc Runa equalised just after the half-hour mark when striker Edmundo Zura struck from the spot for his first goal in 22 games.

Of that quintet on four points, Emelec, Independiente and LDU Quito have only played two games after their fixtures on Sunday were postponed.

El Nacional and Deportivo Cuenca are also within striking distance on three points and also have a game in hand.

The only other match that was completed on Sunday saw Barcelona triumph 3-1 over LDU Loja to move into sixth position.