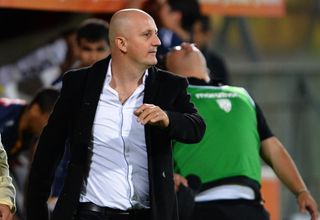 Pablo Repetto's Independiente del Valle were 3-2 winners at Manta on Saturday, while Deportivo Cuenca scored twice in the final 10 minutes as they beat El Nacional 2-1 a day earlier.

The four other matches in Ecuador ended all square over the weekend, with first stage champions Emelec on the list after their 1-1 draw at Olmedo on Sunday.

Independiente del Valle finished four points adrift of Emelec in the first stage and their attempts to go one step further got off to the perfect start.

Daniel Angulo opened the scoring in the 17th minute after finding himself in between two defenders to head home powerfully at the Estadio Jocay.

While Christian Marquez equalised for Manta 13 minutes later, Independiente del Valle were not to be denied a season-opening win as they took control.

Junior Sornoza restored the visitors' lead two minutes shy of the half-time interval before Fernando Guerrero got himself on the scoresheet after a goal-mouth scramble in the 77th minute.

Manta were offered some hope with two minutes remaining when Fernando Leon sent the ball into his own net but it was a mere consolation for the home side.

El Nacional went into the break with a one-goal lead courtesy of Jhon Macias, who sprung the offside trap and lobbed the ball over the goalkeeper and into the net in the 44th minute.

Deportivo Cuenca were given a lifeline in the 80th minute, albeit fortuitously, after the visiting team bundled the ball into their own net.

And Deportivo Cuenca completed their comeback three minutes later thanks to Walter Zea, who curled a long-range free-kick into the top corner.

In other results, Jose Cortez equalised in the 75th minute as Deportivo Quito earned a 1-1 draw at home to Mushuc Runa on Friday.

LDU Quito and LDU Loja also played out a 1-1 draw on Saturday, while Barcelona and Universidad Catolica failed to find the net in a goalless stalemate on Sunday.