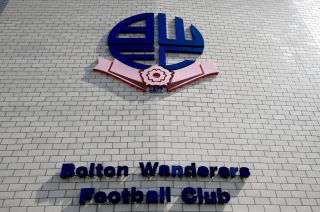 The EFL has expressed its concern at delays over the sale of Bolton and wants to see a resolution before Tuesday.

A statement issued on Saturday evening highlighted the league’s frustration at “constant contradictory information and no finalisation of a deal” and suggested the suspension of the Notice of Withdrawal of the club’s membership of the league, issued in May, could be lifted.

Wanderers started the season on minus 12 points after being placed in administration before the start of the season.

Bolton also lost large numbers of senior players and fielded the club’s youngest-ever side this season against Coventry.

Bolton’s manager Phil Parkinson and assistant manager Steve Parkin resigned from their positions on Thursday and the team lost Saturday’s home League One match to Ipswich 5-0.

The EFL statement read: “The current situation cannot continue and the time to resolve the current impasse is now fast running out.

“Whilst it is understood as recently as yesterday that the parties were once again in a position to complete the formalities, there appears to be additional frustrating delays that are only serving to have a negative and detrimental impact.

“If a successful conclusion to a sale is not found or there are no credible plans for the Club to continue the season in administration by the planned Board meeting at 5pm on Tuesday 27 August 2019, then the EFL Board will consider lifting the suspension on the Notice of Withdrawal of the Club’s membership of the League which was issued when the Club entered into administration in May 2019.”