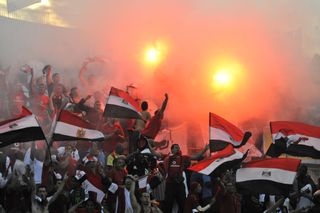 Safety concerns had been raised by the Ghana Football Association over playing the match in Egypt's capital, but FIFA announced on Wednesday that they are happy with the security guarantees given to them by the authorities.

Fans have been banned from football stadiums in Cairo since February 2012 when more than 70 fans died during clashes between rival supporters.

However, FIFA inspectors visited the Air Defence Stadium in the city and confirmed in a letter to both countries that it was safe for the game to go ahead.

World football's governing body also indicated that the decision to host the CAF Champions League final second leg in Cairo showed Egypt are getting "back to normal", a factor that contributed to the decision.

The match takes place on November 19 with the winner taking their place in next year's finals. Egypt go into the game trailing 6-1 from the first leg in Kumasi.