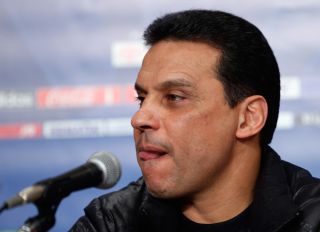 El Badry was appointed as manager in the close-season, after departing Egyptian side Al Ahly, of Cairo.

The club announced the incident occurred after Al Ahly Tripoli's fixture with Al-Sowaihili on Saturday.

A statement read: "Our coach has been shot at his home after a match in the league against Al-Sowaihili that ended 1-1.

"El Badry is safe but in depression after what happened.

"Three men in a car shot our head coach. We spoke with the police and who have launched a full scale investigation."

El Badry has guided Al Ahly Tripoli to the top of the Lybian Premier League after taking seven points from their opening three matches.