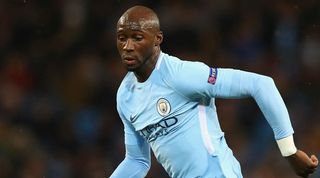 Mangala is not in Pep Guardiola's plans despite the departure of Vincent Kompany at the end of last season.

The Frenchman has not played a competitive game for City since February 2018 and he is keen to rebuild his career away from the Etihad Stadium.

Mangala made two appearances on loan at Everton in 2017/18, which followed another temporary spell at Valencia the season before.

And the former Porto stopper is set to rejoin los Che for the 2019/20 campaign.

Mangala is out of contract at City next June and has almost certainly played his last match for the club.