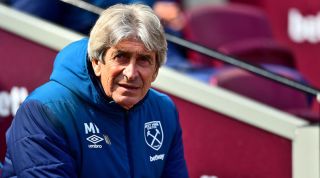 When we did this last year, there was no shortage of Premier League managers feeling the pressure before their seasons even started. Jose Mourinho and Rafa Benitez were making disgruntled noises at Manchester United and Newcastle, Claude Puel had been booed by Leicester fans and, hey, remember Mark Hughes at Southampton? What was that all about?

It’s a bit trickier in 2019. There are fewer candidates for instant defenestration, due to a combination of success stories, club heroes and recent appointments. However, we’ve also considered managers who may walk away from the job, not just those favourites to win/lose the sack race. Don’t be surprised, therefore, to see a few ambitious types nearer the end of our countdown – even if they’re not being fired any time soon.

We start, though, with the managers who are safest and happiest in their current roles – and one man who sometimes seems to be the happiest person alive...

Whether you think Klopp’s goofball persona is an act or simply that he’s a bit of a life-loving nerd (“Let’s talk about six, baby...”), he has brought the red half of Merseyside success they haven’t seen since Benitez and a vibrancy they haven’t experienced since the 1980s.

He doesn’t want to leave Liverpool, and Liverpool don’t want him to leave.

Just as Klopp aches for the Premier League title, Guardiola won’t leave Manchester City – at least, not with any satisfaction – unless or until he wins the Champions League. It borders on baffling that he hasn’t even reached the final since 2011, and he’s desperate to correct that.

It’s up for debate whether another failure to slay that dragon would tempt Guardiola into 2020/21, an unprecedented fifth season managing one club, but it may never come to that. For now, he’s staying put.

Norwich rarely sack managers in haste. Sometimes it’s to their detriment: in 2013/14, they waited until April to dismiss Chris Hughton, leaving Neil Adams with only five games to save them – those games being a six-pointer against Fulham followed by meetings with Liverpool, Manchester United, Chelsea and Arsenal. This time, their patience is to the club’s credit – immensely so.

Farke had a poor 2017/18 but Norwich’s board recognised it for what it was: a season of rebuilding, cutting their cloth accordingly after their parachute payments had ended. In the space of 12 months, the Canaries cashed in on James Maddison, Alex Pritchard, and Jacob and Josh Murphy. Then Farke took them to the Championship title by creating young stars and signing players from lower leagues overseas. Touché.

BT Sport on Sky offer: how to save up to £60 a year with money off every month

Last year’s No.20, or No.1 depending how you look at it, slips/climbs a few places after Burnley’s difficult 2018/19 campaign. He’s still safe as houses, however.

Howe isn’t at risk unless something goes disastrously wrong. Bournemouth are ambitious, mind, with their net spend since 2017 circling £110m.

It’s improbable but not impossible that Pochettino could leave Spurs. Their slow transfer business frustrates him, while he did also talk before the Champions League final of ‘closing this chapter’.

Nonetheless, Poch is safer than any previous manager has been under Daniel Levy, and after turning down Real Madrid he won’t take just any old job.

Although his new contract and pair of club-record signings should put any exit rumours to rest, Wilder is from the Brian Clough school of brinkmanship and he doesn’t mind dropping the occasional hint about quitting.

Still, you’d think it’s unthinkable that Sheffield United could part with a boyhood fan who has coached them to two promotions in three years… right?

Ignore the mad ramblings of Garth Crooks. Wolves’s future looks bright under Nuno, and his job is safe provided things don’t go seriously awry. In 2018, we noted: “He’ll face unusually high expectations for the manager of a promoted team.” Consider those expectations met.

This isn’t a comment on Rodgers’ ability, as Leicester look ready to launch an exciting campaign, but rather a reflection on what will happen if they don’t. With expectations heightened, Rodgers must deliver, although it’d take an unlikely bottom-half finish for his job prospects to look dicey.

We were a bit glib last year in declaring Gracia a likely candidate for departure, even if it was based on Watford’s employment history and a parsimonious summer in the transfer market. In fact, the FA Cup finalists seem committed to a manager at last. That said, incomings are scarce once again. Craig Dawson, though…

It’d take a disaster of Frank de Boer proportions for Potter to leave so soon after arriving at Brighton. But when your predecessor was fired having expected a meeting about transfers, you know that your bosses have the ruthless streak that’s required.

Things look reasonably rosy at Southampton. While a meagre two signings (not including the pre-agreed purchase of Danny Ings) implies a hesitancy to back Hasenhüttl, the truth is that Saints have a bloated squad that’s at odds with their popular gaffer’s enthusiasm for playing youngsters.

Once again, however, the club won’t be slow to make Hasenhüttl their fourth managerial victim since 2017 if things do go south on the south coast. December’s schedule offers good opportunities for points… he just has to get there first.

Arsenal’s hierarchy don’t appear desperate for a title tilt right now, so why bin off Emery when he’ll guarantee a top-six finish, challenge for the top four and maybe find them a Europa League winners’ route into the Champions League?

You may think he’s likelier to require the chop than most managers yet to come. You may be right. But Mike Ashley plays by his own rules, and it isn’t hard to imagine him taking a perverse pleasure in retaining Bruce even in the face of poor results. The Geordie was his choice, not the fans’, and Ashley appointed him to prove a point. Nobody knows what that point is.

His 13-year playing career at Stamford Bridge will afford Lampard more time than most Blues managers. That still isn’t much time, however: Maurizio Sarri would have been pushed had he not jumped, despite winning the Europa League, reaching the League Cup final and finishing third in the Premier League, all in his first campaign.

Lampard will be under pressure any time Chelsea are fifth or below. He’s inexperienced and coaching a team that was incredibly reliant upon Eden Hazard. An easy autumn fixture list will either help Lampard or, if his probationary period brings setbacks against weaker teams, put the spotlight firmly on the new manager.

We’re not saying Villa have ‘done a Fulham’, and we’re not saying Smith won’t succeed. We’re saying he has a difficult task and Aston Villa’s owners won’t sit idly by if a relegation battle follows their £130m summer investment in playing talent. And that’s net spend. And just upfront transfer fees.

Smith is a canny manager and Villa’s season could go well. He’s also a stranger to this level, with an almost entirely new squad. If things do go wrong, they stand to go very, very wrong.

Contrary to appearance, Pellegrini isn’t a dead man walking. He has a lot of support from within the club. However, you’d better believe that if his Hammers start as slowly as they did last year, having assembled a fine collection of playing staff, the Brady bunch will pull the plug.

As brutal as it’d be to kick a Croydon boy out of Crystal Palace, especially one who saved them in 2017/18, Steve Parish didn’t show any mercy towards Ian Holloway, Neil Warnock or Frank de Boer.

Hodgson’s squad is, improbably, ageing faster than everyone else’s. The average age of their starting XI is 29. Max Meyer is the only first-team player under 26. If Wilfried Zaha leaves, things could become so sticky that even Gary Cahill couldn’t save Hodgson.

In needlessly freezing out Romelu Lukaku (currently training with Anderlecht), aligning himself with the Glazers and spending nearly £150m on Harry Maguire, Aaron Wan-Bissaka and Dan James, Solskjaer is taking risks – and not all of them necessary. Three-year contract or not, this could go very Moyesian.

“I look at the table and 11th is not good enough, but we need to be patient.” Speaking in January, Farhad Moshiri was right on both counts. Silva’s Everton recovered to finish 8th, yet that wouldn’t be enough in 2019/20. This is crunch time.

Everton have retained Andre Gomes, gone big on Moise Kean, found Fabian Delph in the sales and replaced Idrissa Gueye with Jean-Philippe Gbamin, talented and young yet experienced. This season, Silva must show his doubters in England why he deserves the jobs he’s been given, following success abroad. Everton’s minimum requirement is 7th; they’re aiming higher. If things don’t look positive by November, after a gentle early fixture list, Silva’s number will be up.

While you're here, why not take advantage of our brilliant subscribers' offer? Get– the game's greatest stories and finest journalism direct to your door for less than a pint in London. Cheers!