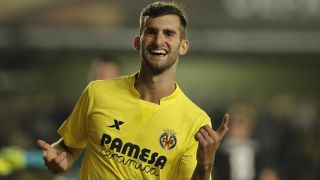 Espanyol have announced the signing of Leo Baptistao from Atletico Madrid for an undisclosed fee.

The 23-year-old has agreed a five-year deal with Quique Sanchez Flores's side.

"Leo Baptistao has become the fourth signing ahead of the 2016-17 season," an Espanyol statement confirmed.

"He has shown great professionalism and rigour during the negotiations for his transfer.

"Baptistao, who had more important offers financially, preferred to join the new sporting project at Espanyol and ignore the other approaches.

"The former Colchonero player joins for the next give seasons."

Baptistao spent last season on loan with Villarreal, where he scored six times in 34 appearances.