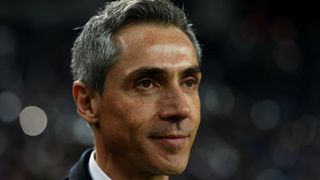 Fiorentina coach Paulo Sousa will come face-to-face with former employers Basel when the Europa League gets under way on Thursday, while early favourites Borussia Dortmund can display their credentials against Krasnodar.

Sousa led Basel to the Swiss title last term and left for Florence during the close-season, replacing the sacked Vincenzo Montella, and the Italian club's first outing in the Europa League group stage will see their new coach reunite with some familiar faces.

The Portuguese tactician spent just a single year in Switzerland but will no doubt be keen to prove that his move to a bigger league was justified, while fellow Group I sides Belenenses and Lech Poznan will be battling it out in Poland.

Although Fiorentina – beaten semi-finalists last year – will be expected to reach the latter stages again, they may not share the lofty expectations of Dortmund, who begin the competition as favourites in the eyes of many and capable of breezing through Group C.

Under the stewardship of new coach Thomas Tuchel, the Germans have put last season's troubles behind them, winning nine games in a row, and few would bet on Krasnodar halting that run at Signal Iduna Park.

Like Dortmund, Liverpool are back in the Europa League group stage after soaking in the glitz of the Champions League last season and Brendan Rodgers' men begin with arguably their toughest fixture of the phase at Bordeaux, while Rubin Kazan head to Sion.

Two historic European clubs meet each other in Group A as Ajax host Scottish champions Celtic, with Fenerbahce - boosted by the close-season arrivals of Robin van Persie and Nani - welcoming Molde to Istanbul.

Napoli were also eliminated in the semis last term and they start their quest to go at least a step further at home to Club Brugge, while Midtjylland and Legia Warsaw contest Group D's other fixture.

Napoli's conquerors last season were Dnipro, but the Ukrainian side could be a less dangerous prospect this term having lost the mercurial talents of Yevhen Konoplyanka. The Dnipropetrovsk outfit get under way against another Serie A side, Lazio, with Rosenborg and Saint-Etienne also meeting.

There will be plenty more big sides in action on Thursday, with Tottenham, Villarreal, Marseille, Monaco, Schalke and Athletic Bilbao expected to prevail in their respective openers against Qarabag, Rapid Vienna, Groningen, Anderlecht, APOEL and Augsburg.