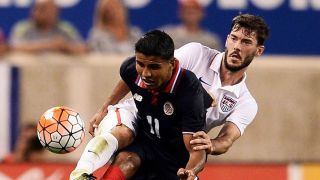 Seattle Sounders defender-midfielder Brad Evans has been added to the U.S. national team for its January camp, U.S. Soccer announced Monday, as Jurgen Klinsmann turns to another veteran voice on a youth-heavy squad.

Evans, 30, was made available for training Monday as the U.S. continues its preparation ahead of friendlies against Iceland on Jan. 31 and Canada on Feb. 5. Both matches will be hosted at StubHub Center in Carson, California.

The addition of Evans brings the U.S. roster to 26 players, of whom 10 are Under-23 eligible ahead of March's Olympic qualifying playoff against Colombia.