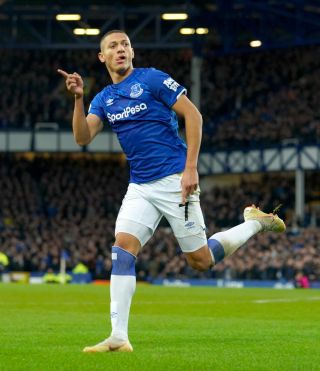 Everton have dismissed Barcelona’s interest in Richarlison, with the Toffees intent on holding onto their Brazil forward.

Barcelona are scrambling to recruit a striker this month, to offset Luis Suarez’s four-month absence due to a knee injury.

The Nou Camp club have pushed hard for a deal to prise Richarlison away from Merseyside, but the PA news agency understands Everton have rejected those overtures.

Barcelona are desperate to bolster their resources in the wake of Uruguay striker Suarez’s knee problem, and have also seen a bid for Valencia’s Rodrigo thwarted.

And now their attempts to strike a deal for the 22-year-old Richarlison have also hit a wall.

Richarlison traded Watford for Everton in July 2018 in a £40million deal, and has gone on to score 24 goals in 60 appearances.