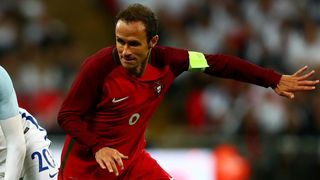 Ricardo Carvalho, the former Chelsea and Real Madrid defender, has been handed a seven-month prison sentence in Spain for tax fraud.

The 39-year-old is unlikely to serve any jail time because, under Spanish law, sentences below two years for non-violent crimes when defendants do not have a previous conviction are typically viewed as suspended.

Carvalho, who is still playing professionally with Shanghai SIPG in the Chinese Super League, acknowledged he failed to pay taxes relating to image rights in 2011 and 2012 and repaid the amount in full. He was also fined €142,882.

Carvalho's former clubs also include Porto and Monaco, while he won Euro 2016 with Portugal at international level last year.