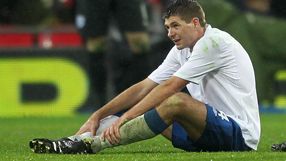 The Liverpool skipper is set to be sidelined for up to four weeks with compensation estimated by British media to be around 500,000 pounds to cover the cost of his wages.

In a statement on Friday, the FA said: "The FA have in place comprehensive insurance to cover injuries sustained to players on international duty.

"The FA is one of a small number of countries that has a voluntary insurance scheme to cover players wages should they suffer injury on international duty.

"Liverpool do not need to pursue us for compensation as our insurers will cover the wages for Liverpool as this was clearly a legitimate injury."

Gerrard limped off after 85 minutes of England's 2-1 friendly loss to France at Wembley Stadium.

England manager Fabio Capello came under heavy fire after the defeat via a Twitter outburst from Liverpool fitness coach Darren Burgess who called the Italian's decision to keep Gerrard on after an hour "amateurish".

Capello had said Gerrard would only play for an hour but after injuries in the match to Rio Ferdinand and Gareth Barry, the Italian decided to keep him on until he too was injured.