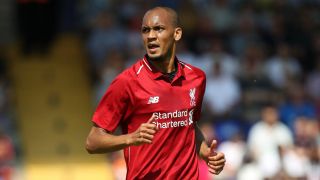 Fabinho and Naby Keita were both handed debuts as Liverpool started pre-season with a routine 7-0 win over Chester on Saturday.

Wales international Harry Wilson earlier stole the limelight by netting twice to give the visitors a two-goal lead at the break.

But there was to be no first goal for marquee signings Fabinho and Keita, who played a half each following their big-money arrivals from Monaco and RB Leipzig respectively.

Instead, it was left to James Milner, Ryan Kent and Danny Ings to join Sturridge on the scoresheet after half-time in the Reds' polished start to pre-season.