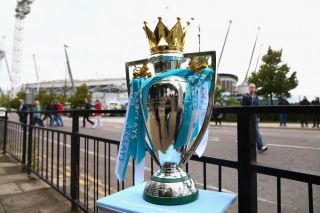 The idea of a '39th game' was originally suggested in 2008, whereby an extra fixture would be added to the Premier League schedule and staged overseas, but the concept was shelved after fierce criticism.

However, reports in the British media have suggested that the notion of playing one of the regular 38 games outside of Britain is being considered by clubs.

The Football Supporters' Federation (FSF) will oppose the new proposals, which are said to be at an early stage, and will consult with other groups on the issue.

"As reported [by The Times, BBC, and others], the Premier League is exploring the possibility of holding competitive matches overseas," read a statement on FSF's official website.

"Once again the idea of potentially huge changes to the game has arisen without consultation with one of the groups who matters most - the fans.

"If the reaction to previous incarnations of 'game 39' and the idea of matches abroad is anything to go by, we expect this proposal to be met with the strongest possible opposition from supporters.

"The potential impact on the value of season tickets, which would see fans of half the Premier League clubs missing out on a home match, could be enormous.

"Inevitably some of the fixtures to be moved will be either local derbies or other high-profile fixtures.

"The FSF is against the proposals as they have been reported, and will be consulting with Premier League fans' groups and individuals to formulate an appropriate response."