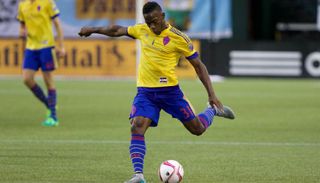 Figueroa becomes the 11th player to leave Colorado this offseason, with the Rapids now featuring just 20 players on their roster as preseason kicks off. The 32-year-old, who can play center back and left back, started 10 matches for the Rapids last season after signing with the club in August.

Figueroa came to MLS following eight seasons in the Premier League with Wigan Athletic and Hull City. He also has enjoyed a decorated international career, compiling 113 caps for Honduras and representing his country at the 2010 and 2014 World Cups and the 2012 Olympics.

"Maynor Figueroa is an experienced player that will help solidify our defensive unit," Dallas technical director Fernando Clavijo said in a news release. "We are excited to have him in Dallas."