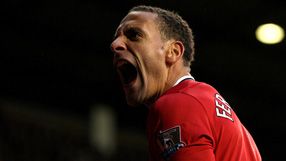 July 22 will mark 10 years since Ferdinand became the most expensive British footballer in history and the world’s most expensive defender following his lucrative transfer from Leeds United in 2002.

United parted with around £30 million for the stopper, who would become integral to the Red Devils' success over the next decade.

And Ferdinand has given the clearest indication yet that he is a long way off retirement.

"I have great memories to take away from here when I do eventually hang my boots up. At the moment, I am really enjoying my football,” he told the club’s official website.

“The manager said to me the other day, not many players play for one club for 10 years anymore. It doesn’t happen.

"To do it at a club like Manchester United that are fighting for league titles and different trophies every year, when you sit back and look at it, it is good.

"But I don’t dwell on things like that. I just concentrate on this year. I am not thinking about retirement. I am trying to play as long as I can.

“I have another year after this and I want to do another 10.”