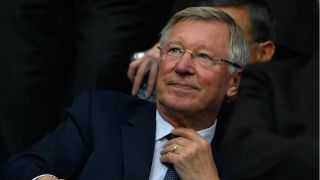 The 76-year-old was rushed to hospital in May, less than a week after appearing at Old Trafford for Arsene Wenger's final visit in charge of Arsenal.

United at the time stated the procedure had gone "very well" and the Scot was released from hospital at the beginning of June to continue his recovery at home.

He has now appeared in a video published by the club, thanking the medical professionals who treated him and the well-wishers who provided words of support.

A healthy-looking Ferguson began his message by noting his appreciation of the staff at Macclesfield District General Hospital, Salford Royal and the Alexandra Hospital.

On Saturday 5 May, the football world was rocked by the news that Sir Alex Ferguson had undergone surgery for a brain haemorrhage.Since then, the most successful manager in English football history has battled in a way only he knows how.Today, we bring you a special message. July 26, 2018

"Believe me, without those people, who gave me such great care, I would not be sitting here today," he said.

"So, thank you from me and my family. Thank you very much.

"It is has made me feel so humble has all the messages I've had from all over the world, wishing me the best. The good wishes do resonate very, very strongly with me, so thank you for that support you've given me.

"Lastly, I'll be back later in the season to watch the team. In the meantime, all the best to Jose [Mourinho] and the players."

His illness triggered messages of support from across the football world, with past and present United players joining the likes of Manchester City, Liverpool, FIFA and UEFA in wishing him a speedy recovery.