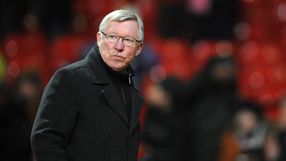 The competition has often been shunted down manager Sir Alex Ferguson's priority list over the past decade with the Premier League and Champions League taking preference.

"The FA Cup is an important trophy for us this season. We haven't won it for 10 years," Ferguson told ESPN.

"Rio Ferdinand has never won an FA Cup medal, so we need to do something about that."

Of the side that started at Old Trafford on Saturday only Ryan Giggs has an FA Cup winners' medal and it was the veteran Welsh winger who put United on their way to a comfortable victory after converting a third-minute penalty.

Giggs, who played in the 2004 FA Cup final win over Millwall but tasted defeat in finals against Arsenal in 2005 and Chelsea in 2007, said the club's recent performances in the competition had not been up to scratch.

"We have not done as well as we should have in the FA Cup over the last eight or nine years," he said.

"There are a lot of players that are desperate to win it. The history that we've got in the competition, we should be there getting to finals, so hopefully this will be the year."

Ferguson left the country's leading goal-scorer Robin van Persie on the bench against Fulham but sent out an experienced side with Wayne Rooney on target and Javier Hernandez netting twice.

"We picked a very strong team because we didn't want to make any slip-ups," Ferguson said.