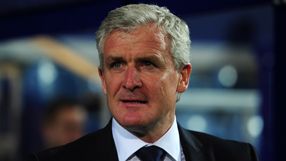 The R’s are currently rooted to the bottom of the Premiership with two points from six games following the 2-1 defeat to West Ham United on Monday night.

Hughes said after the loss that he still had the full back of the chairman and Fernandes has now voiced his support for the under pressure manager.

"Mark [Hughes] will sort it out. Look at his record. We would have won (against West Ham) if we didn't go down to 10 men," said Fernandes.

"I am relaxed and confident. Let's get all our players back and in form and then let's see. Think of Spurs.

"Keep calm. Six games does not make a season. I have learnt from many wise chairmen.

"Don't worry. I'm calm and want to build stability, which is what most fans want. There are many out there who are clueless."

QPR chief executive Philip Beard has warned that results must improve quickly, but that everyone at the club is fully behind Hughes.

"It goes without saying that the start to the Premier League season has not been what any of us would have wanted," he said.

"As I reflect on a challenging start to our second season back in the best league in the world, I simply look back to May 13 2012 and remind myself that if results had been different on that day our last three games might have been against Sheffield Wednesday, Birmingham and Watford instead of sell-out fixtures against Manchester City, Chelsea and Spurs.

"I say this with no disrespect to any of the teams in the Championship, it simply illustrates the difference between the leagues and how important it is to stay focused and get behind Mark and the team.

"The wins will come."