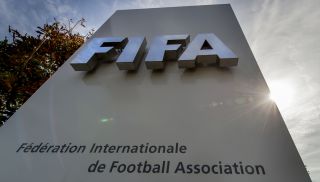 The decision was reached by FIFA following a two-day hearing in Zurich, in which Sri Lankan Fernando had appealed a previous sanction of an eight-year ban issued on April 30 2013.

There was also an appeal from the chief of investigation, Michael J Garcia, which has been upheld as the world governing body revealed Fernando had violated a number of its Code of Ethics.

Among those were article 13 (general rules of conduct), article 19 (conflicts of interest), article 20 (offering and accepting gifts and other benefits), article 21 (bribery and corruption) and article 42 (general obligation to collaborate).

The exact nature of the offences committed by Fernando, who was elected onto the committee in January 2011, have not been confirmed.