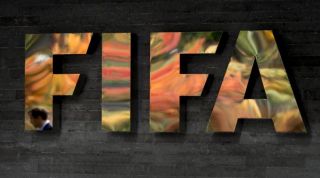 Qatar's successful bid to host the 2022 tournament has come under particular scrutiny after reports in the British press suggested that Mohamed Bin Hammam, former president of the Asian Football Confederation, paid sums of up to $5million to football officials in an attempt to garner support.

Those claims were strongly rebuffed by Qatar's 2022 Bid Committee who insisted Bin Hammam was not involved with the project.

However, the allegations followed claims that former FIFA vice-president Jack Warner had received $2 million in payments from a firm controlled by a former Qatari football official in return for his backing.

Former United States attorney Michael Garcia, who heads the investigatory chamber of FIFA's ethics committee, has been leading an inquiry into the process of both bids.

Garcia has now produced a 350-page report that has been handed over to FIFA's adjudicatory chamber.

"On Friday, 5 September, chairman Michael J. Garcia and deputy chairman Cornel Borbely of the Investigatory Chamber of the FIFA Ethics Committee transmitted a 350-page 'Report on the Inquiry into the 2018-2022 FIFA World Cup Bidding Process' (the 'Report') to the adjudicatory chamber," a FIFA statement read.

"Over the course of this year-long investigation, the investigatory chamber interviewed more than 75 witnesses and compiled a record that, in addition to audio recordings from interviews, includes more than 200,000 pages of relevant material.

"The report sets forth detailed factual findings; reaches conclusions concerning further action with respect to certain individuals; identifies issues to be referred to other FIFA committees; and makes recommendations for future bidding processes.

"Pursuant to the FIFA code of ethics, the adjudicatory chamber will now make a final decision on the report and supplemental reports, including publication."