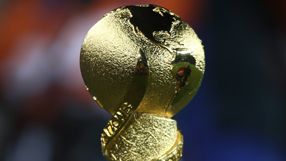 FIFA has already announced that Rio de Janeiro, Belo Horizonte, Salvador, Fortaleza, Recife and Brasilia will host matches in the eight-team tournament, which is seen as a dress rehearsal for the 2014 World Cup.

However, secretary general Jerome Valcke voiced doubts two weeks ago that all six stadiums would be ready for the event in June due to the slow pace of preparations.

His concern was shared by Brazil Sports Minister Aldo Rebelo, who warned: "We don't have a single stadium ready for the Confederations Cup. We have deadlines.

Stadiums that are on schedule will host matches, those that don't make the deadline won't."

FIFA, which has contingency plans to play the matches in five or even four cities if necessary, said the announcement would be made in Sao Paulo on November 8 at a media conference organised jointly by the local organising committee and soccer's governing body.

Recife's Arena Pernambuco is the main concern. Only 64 percent of the construction has been completed just eight months from the tournament, according to contractor Odebrecht Infraestructura.

Valcke was briefly declared persona non grata by the Brazilian government in March for saying Brazil needed a "kick up the backside" to speed up preparations for the World Cup. His remark severely strained relations between FIFA and Brazil, though they have since improved.

Spain, Italy, Mexico, Uruguay, Japan and Tahiti have qualified for next year's tournament and will be joined by the winners of the African Nations Cup to be held in South Africa in January and February.

Brazil will kick off the tournament in Brasilia on June 15 and the final will be played at Maracana on June 30.