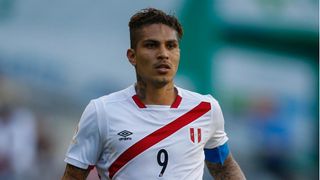 World footballers' union FIFPro has contacted FIFA over a drugs ban handed to Paolo Guerrero that could see the Peru captain miss the World Cup.

The Court of Arbitration for Sport then upheld an appeal from the World Anti-Doping Agency to extend Guerrero's suspension to 14 months.

Guerrero is set to miss the World Cup as a result, an outcome FIFPro previously described as "unfair and disproportionate".

And the organisation has now contacted FIFA in a bid to have Guerrero's ban overturned, so he can go to the World Cup with Peru.

"We are hoping for a breakthrough in the next 24-48 hours," FIFPro said in a brief statement posted on social media on Sunday.

UPDATE: has written to requesting that Peru captain Paolo Guerrero be allowed to participate in the . We are hoping for a breakthrough in the next 24-48 hours. May 20, 2018

Guerrero, 34, had an initial one-year ban reduced to six months by FIFA.

He returned to action for Brazilian club Flamengo before being named in his country's provisional squad for their first appearance at a World Cup since 1982.

FIFPro has argued football needs to consider doping reforms as the body believes the ban given to the Peru captain "defies common sense".