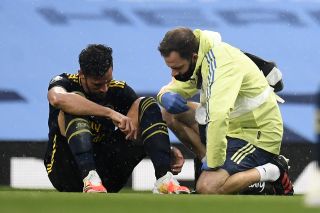 Footballers will require a minimum of three weeks’ complete rest between the 2019-20 and 2020-21 campaigns before starting pre-season training, the world players’ union has advised.

The suspension of leagues around the world due to the coronavirus pandemic has led to many competitions being forced to resume in the summer months when they would normally be between seasons.

The desire to play the full 2020-21 season as normal means that many competitions, such as the Premier League, will be looking to start up again in September.

The Champions League and Europa League will not conclude until late August, and the first of the autumn’s ‘triple header’ international breaks is set to be played in early September, so it appears the two seasons will effectively overlap.

World players’ union FIFPRO has called for a series of safeguards to be put in place to limit the impact on its members.

A FIFPRO statement read: “A large percentage of elite-level footballers were already stretched by the match calendar even before the Covid-19 pandemic, with a lack of recovery time between games and insufficient mental and physical rest between seasons.

“Now, since the restart we are seeing a first spike in injuries because of insufficient preparation time and congested match schedules.

“Discussions on match calendar reforms so far have disregarded the responsibility to balance the needs of competition organisers with those of players.

“Leaving players’ workload management to individual decisions will lead to conflicts with their release for national team games, undue pressure on them to go beyond what is healthy and, ultimately, a decrease in the quality of competitions.”

FIFPRO recommends that in this unique situation players should still be afforded a minimum off-season break of three weeks before returning to training.

It also calls for a mandatory mid-season break of between 10 and 14 days and the establishment of workload management principles, highlighting that rates of injury increase concurrent with less than six days of rest between matches.

It is not yet clear whether the Premier League will be able to repeat the mid-season player break in 2020-21, which it introduced for the first time in February of this year.

There will also be question marks over which rounds of the Carabao Cup Premier League teams – particularly those involved in European competition – will be involved in, and whether the EFL’s knock-out tournament will still feature two-leg semi-finals.

FA Cup fifth-round replays were scrapped for the 2019-20 season to make room for the February mid-season break, and it remains to be seen whether the Football Association will face calls to scrap them for earlier rounds too, at least on a one-off basis.