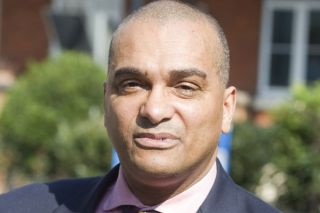 Barnes said he believes having a short window penalises smaller clubs in need of cashing in on players for survival.

"I've always been of the view that the mid-season transfer, the winter window if you like, puts a lot of pressure on people," the Englishman said.

"And I'm not sure how many meaningful transfers at the top level actually take place during that window in any case, because most of the top players, if they're involved in international competition, are unlikely to be transferred by their clubs anyway.

"Where it does impact is on smaller clubs who have a need maybe financially to sell a player, and knowing that come the end of January have lost the opportunity to sell that player, are forced to take less money than would be a true value on an open market."

Barnes said it was unfair that 28 per cent of football transfer fees worldwide went into the pockets of player agents and called for a cap to be put in place.

"I think there are very good agents out there and I'm sure they do very well for their clients but when you're talking about something nearly one third of transfer revenues going to agents then there's clearly something very wrong," the former West Ham, Swindon Town and Peterborough United player said.

"I certainly would welcome a capping on agents' fees.

"I would like to see a proper structure in the same way as if you were selling your house you employ an estate agent or a lawyer, they would be paid a certain amount for doing that job.

"I don't think I know many lawyers or agents who would potentially be taking 28 per cent of the cost of your house if they were effecting that transaction for you.

"I think we need to look at that a lot more closely because not only are we talking about agents fees, we're talking about money that goes via third party ownership which is also a massive problem."