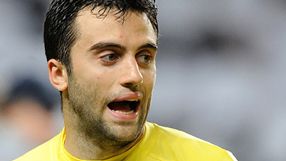 "Fiorentina and Villarreal confirm they have reached an agreement for the sale of Giuseppe Rossi subject to the signing of the contract by the player," the Serie A club said on their website.

According to media reports, Italian international Rossi is to sign a five-year deal and will cost an initial fee of 11 million euros plus add-ons.

The 25-year-old has been out of action since April with a cruciate knee ligament injury and is not expected to return until March.