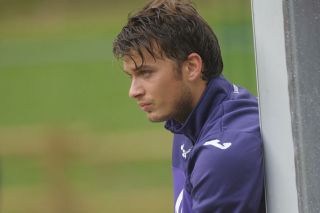 The Serbian star's contract expires at the end of June next year and an attempt to extend the deal has so far failed.

If Ljajic refuses to sign a new contract, Fiorentina have made it clear they would rather sell the attacker than lose him on a free transfer in 2014.

"Next week we will make a decision, so give us a few more days.

"Personally I would like to keep him, of course, but one has to understand the player's intentions and the atmosphere.

"He could still stay at Fiorentina, though there's not much chance of that happening."

Ljajic, who has been heavily linked with AC Milan and Atletico Madrid, was expected to play no part in Fiorentina's Europa League play-off against Grasshoppers.

But the 21-year-old was used as second-half substitute for Giuseppe Rossi and will now be cup-tied for European competitions should he move.