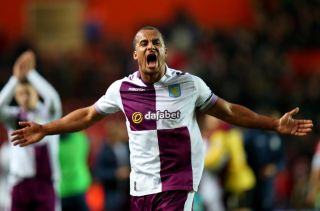 Midfielders Fabian Delph and Karim El Ahmadi, and attacker Gabriel Agbonlahor had all been doubts for Saturday's clash at Selhurst Park.

But manager Paul Lambert has revealed they will return after responding well to treatment.

"Everybody is OK," he said on Thursday.

"The three lads that missed the (Fulham) game – Gabby, Fabian and Karim – are fine and they trained this week."

Delph and El Ahmadi had been struggling with leg injuries, while Agbonlahor missed the 2-1 loss against Fulham due to illness.

Villa have lost three matches in a row, conceding 10 goals in the process, but victory against Palace, who are just goal difference below them, will ease their relegation worries.

They sit 13th in the table, seven points above the relegation zone.