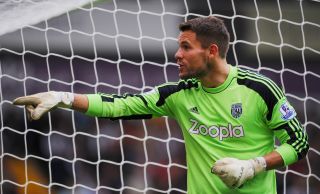 And although West Brom slipped up against Crystal Palace in the FA Cup on Saturday, Foster is hopeful their league form can continue to improve ahead of Saturday's trip to Southampton.

"Back-to-back wins would be massive," he told the club's official website.

"There are seven or eight teams that could shoot into the top half of the table with two or three wins in a row and open up a gap to the relegation zone.

"Mentally, seeing yourself in the top half of the table is a huge boost. It's what we need to do."

West Brom have not won two league games in a row since February last year, but did thrash Southampton 3-0 at St. Mary's Stadium last April.

Foster says they will take confidence from that win, and believes the squad will not be disheartened by their cup omission at the hands of Palace.

"You saw what we did last season against Southampton. We beat them 3-0 down there and it wasn't a flattering scoreline at all," he added.

"We absolutely dominated from the first minute in that game, so we need to do exactly the same.

"It's a bit of a different Southampton so it will be a tougher match.

"It was still a fairly decent performance by us against Palace in the FA Cup at the weekend. We showed our determination and gave it everything we had but just couldn't find that breakthrough.

"We'll take all the positives and confidence we've got from the previous five games into the Southampton game."