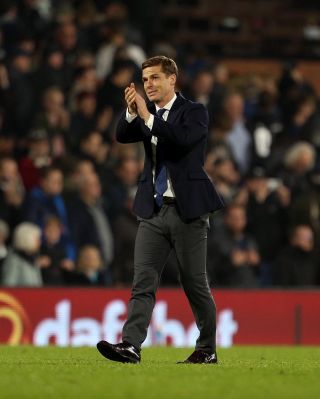 The Cottagers moved up to seventh place in Sky Bet Championship table after Mitrovic took his goal tally for the season to 11 from 13 games.

He opened the scoring in the 16th minute with a drive into the top corner and made it 2-0 to the hosts in the 53rd minute with a tap-in from Bobby Reid’s ball across the box.

Dan Potts pulled one back for Luton on the hour-mark but Mitrovic’s third of the night, a 67th-minute header from Joe Bryan’s cross, turned out to be the winner, with substitute Kazenga LuaLua scrambling home a Hatters’ second in stoppage time.

“We all realise the quality Mitro has,” Parker said. “In this division he scores goals but I think he would be the first to say that it’s the supporting act around him as well.

“The way we play Mitro is on the end of it to finish it off and nine times out of 10 if you get the ball in the right place it goes in the back of the net.”

Parker also felt his side should have won by a bigger margin, especially as they dominated the first half.

“In the first half we played some really good stuff and cut them open at times. Going in at half-time at 1-0 certainly felt like it should have been more.

“When Luton got a goal back it became a bit edgy but I have always said the most important thing this year is how we bounce back when we face a bit of adversity and the key thing was the result.

“The thing that pleased me most was that we saw the game out.”

Luton manager Graeme Jones, whose side are 18th, four points above the drop zone, said he believed Fulham’s ability to field – and pay for – players who were in the Premier League last season was the most significant factor.

“A Premier League striker scored their goals. We were in League One last year and they were in the Premier League. We understand where we are and our fans are balanced but we want to give them more than a 3-2 defeat.

“In the first half we gave them too much respect. In the second half we changed our shape and really played on the front foot. We took the game to them. We drew the half 2-2 so there were some pleasing aspects. We are definitely getting there.

“We will keep working. There were key moments that didn’t quite go our way and did go Fulham’s way.”