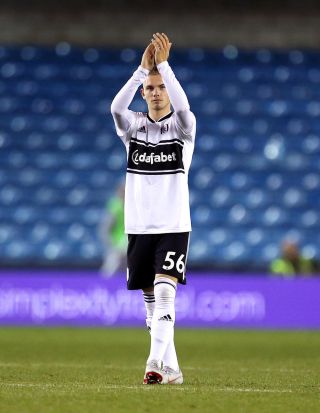 The midfielder was an 88th-minute substitute for Andre-Franck Zambo in Saturday’s 1-0 defeat at Wolves aged 16 years and 30 days.

The previous record was held by another Fulham player, Matthew Briggs, who made his Premier League debut aged 16 years and 68 days against Middlesbrough in May 2007.

Caretaker Cottagers boss Scott Parker said: “It was a massive moment for Harvey.

“I said to the boys he’s not entering the field for sentimental reasons or he’s a young kid because we want to give him a record. He deserves it and has shown enough quality in the last four weeks in training.

“He is a special talent, he’s one we are going to look after and nurture and we’re going to try to turn him into a top player.”

Elliott made his senior debut as a substitute in a 3-1 win over Millwall in the Carabao Cup in September aged just 15 years and 174 days.