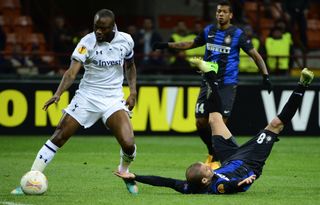 The former French international and veteran of two World Cup campaigns and back-to-back English Premier League titles with Chelsea will become the first Frenchman ever to play in the A-League.

Former Arsenal, Chelsea and Tottenham defender Gallas reportedly turned down offers from clubs around the world before choosing to join the Glory.

"After speaking to (Glory coach) Alistair Edwards and (chief executive) Jason Brewer, the passion and ambition in the voices of both gentlemen enticed me to this new challenge in Australia," Gallas said.

"I look forward to wearing with pride the jersey of Perth Glory for this season.

"I hope to help my new team-mates and club achieve success in this season and hope to help deliver to the fans of Perth the championship they are looking for.

"I look forward to this new challenge and hope to excite the fans."

Head coach Edwards hailed the signing a major coup for the club.

"What better player in world football to bring to Western Australia than someone with 84 caps for one of the best footballing nations in the world?" he said.

"He has played alongside some of the best players in world football and worked under some of the most decorated managers and coaches of all time, including Arsene Wenger and Jose Mourinho, people whom I have the utmost respect for.

"I have spoken to William about the proud history of our club and that we have the league's best and most passionate fans.

"Equally importantly, we have discussed our vision and philosophy and the values that are driving the club forward.

"Gallas fits into our vision of providing the best environment for our youth to flourish.

"He knows that he is coming into a wonderful culture built around great experienced players and some of the most talented young players in Australian football."

CEO Jason Brewer added: "I'm absolutely delighted that Perth Glory has been able to attract someone of William Gallas' quality.

"It demonstrates the growing reputation of the A-League and its ability to attract world-class players.

"William Gallas has played at the highest level in some of the most intense rivalries in the world, so the leadership he can provide to our up-and-coming younger players will be invaluable.

"We're still keen to develop the best talent in Australia at Perth Glory and we think the best way to excel at that is by adding quality senior players to our roster and Gallas certainly fits that requirement."