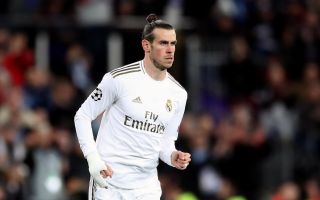 Gareth Bale was beaten by Paulo Dybala on FIFA 20 as part of the Combat Corona fundraiser for Unicef.

The Real Madrid and Wales star surprisingly chose to play as Manchester City and went ahead through a Sergio Aguero strike, but Dybala – playing as Real Madrid but leaving Bale on the bench – ran out a 3-1 winner.

“It’s the least we can do to raise money for Unicef and the battle against this virus,” said Bale.

Watch me on the @CombatCorona stream where i’ll be playing FIFA 20 against @PauDybala_JR raising money for @UNICEF.— Gareth Bale (@GarethBale11) April 5, 2020

“Obviously everyone is stuck at home and trying to stay safe so let’s try and raise as much money as we can.”

Chelsea have beaten United three times this season but the tables were turned with the game taken online, as Shaw’s victory was followed by a comprehensive win for Daniel James against Billy Gilmour.

Arsenal’s Kieran Tierney then overcame Chelsea’s Mason Mount, with the event having raised over £17,000 by the end of Bale and Dybala’s contest.