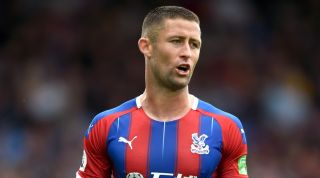 Crystal Palace centre-back Gary Cahill has opened up on his departure from Chelsea at the end of last season.

The former England international spent six and a half years at Stamford Bridge, during which time he won two Premier League titles, two FA Cups, a League Cup, the Champions League and two Europa Leagues.

However, his final campaign in west London was a disappointing one, with Cahill restricted to just two Premier League appearances and only six more in other competitions.

The defender was previously critical of Maurizio Sarri’s approach during his solitary season as Chelsea boss, and Cahill has again reiterated the need to seek pastures new ahead of 2019/20.

And the 33-year-old also explained how he intensified his training regime due to a lack of match action last term.

“It’s the first time I’ve said this, but I spoke to the manager [Sarri] and told him I’ll be doing a lot more work and if I play, I will tail that off,” he told The Times.

“So, at the start of the week I would train heavy. I would train with the team as normal and, after, I’d do extra with the fitness guys in the gym and on the pitch. I felt like I needed to keep the sharp stuff.

“It’s easy to do an 8km run at one pace but, as a footballer, that’s not what we need in games, you need to load your legs up to reach crosses.

“Selfishly, I needed to be at a level where I could go [leave Chelsea]. I can’t afford to have two or three months out of the game and then expect to pick it up in the Premier League.

“My aim was always to get back playing regularly. Last year was a freak season. For the majority of my career I’ve played football week in week out.”

Cahill made his seventh appearance of the season for Palace on Saturday, when Roy Hodgson’s side lost 2-0 to Manchester City.