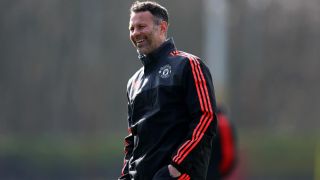 The 13-time Premier League champion, who left Old Trafford shortly after Jose Mourinho's arrival as manager, will join the Mumbai 5s side for the competition, which starts this week.

Giggs follows former team-mate Paul Scholes in signing up for the competition, with the 41-year-old taking part for Bengaluru 5s.

History waiting to be written!Ryan Giggs, and are now part of the family! July 12, 2016

"We have managed to secure signatures of players who are the legends of the game and will be seen playing in India in a few days," Premier Futsal co-founder Nithyashree Subban said on Tuesday.

"As Premier Futsal Management, we are committed to grow Futsal here in India and we will expand the league to other cities in the future editions."

The competition, staged in Chennai and Goa, runs until July 24.