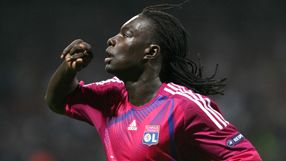 Laurent Blanc's men, who top Group D by a point from Bosnia with just next Friday and the October 11 games left, will look to quickly wrap up qualification for next year's finals in Ukraine and Poland.

Gomis, who has five caps, is Ligue 1's top scorer with six goals and scored with an exquisite strike in Tuesday's 2-0 win over Dinamo Zagreb in the Champions League.

He replaced injured forward Guillaume Hoarau in the only change to the squad which won 2-1 in Albania and drew 0-0 in Romania this month, meaning in-form Montpellier forward Olivier Giroud misses out.

"It was obvious from what he has been doing at the start of the season that he is a player full of confidence," Blanc told reporters about the tall but athletic Gomis, whose last game for France was in October 2009.

"We said last time he was not far from the France squad. The team is always open to players with confidence and all those who could give us something extra."

Striker Karim Benzema has a slight knock but was included.