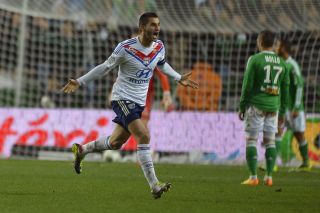 Gonalons - who has made 23 appearances for Lyon this season - has been linked with a switch to Italy recently.

And the 24-year-old France international has said that a deal with Rafael Benitez's side could be trashed out in the coming weeks.

Gonalons told OLTV: "When there are big European clubs like Napoli who want you, it's necessary to ask questions.

"Everyone knows Napoli are interested in me. Many things have been said about this, some of them true and others false, so we must be careful.

"It is true that we'll discuss it with the president and the coach next week to find the best solution, then we'll see what happens.

"I can't say any more than that right now, as it's necessary for all the parties to be satisfied."